Callum is not only good at making fires and cooking on the fire at the Fire Pit but also makes a mean cup of tea in the Kelly Kettle. He is a chef by trade and enjoys cooking but also loves nature activities. He helps with the garden at Boot Up! and goes on country […] 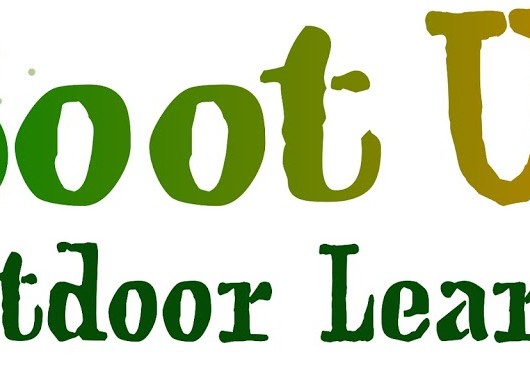 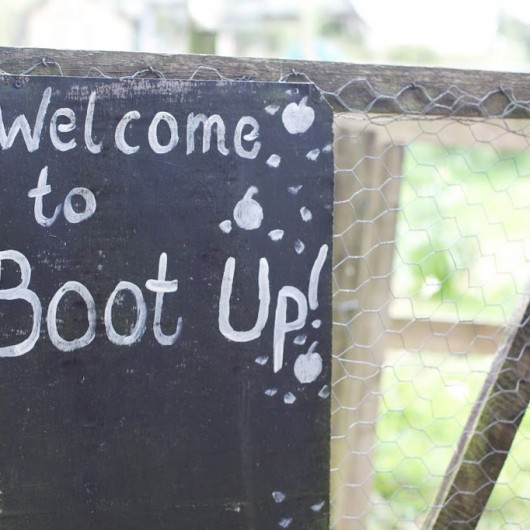 Boot Up: Free The Trees!

A brilliant project at Boot Up, created by one of Falmouth University’s Creative Event Management students, is ‘Boot Up: Free The Trees!’ The project was  designed to recruit a number of volunteers to help maintain the Boot Up garden and reclaim areas of land that have been taken over by brambles. Only half way through […]

Easter Fun  The unusual weather of a heatwave and drought has made the end of the Winter term into lots of fun. Our Easter activities all took place outdoors. Kim made a wonderful cake and we decorated eggs and played team games which was great fun.  and of course, there was the Easter bunny nest and […]

Yes its that time of year again! Digging and preparing the allotments in March is always a lot of hard work but is also heaps of fun!   Off over the fields to harvest Hazel rods for bean sticks  What a lovely day!

Creative Garden Project In the spring term we began to design and make a garden for The Den. After clearing brambles from a large area we started to plant bulbs and seeds to provide flowers for the garden and food for the bees. Led by a Student Ambassador there were some garden design and planting […]

We wanted to make the Tall Trees Allotment area more appealing and accessible to all, so we decided to make a Fire Pit and surround so that we could end our busy day toasting crumpets and chatting about our day. We began by going on an expedition to the woods to harvest some trees to make […]

As the weather is always […]

Larging it Up again!

The group from Penrice decided to go for a traditional style windmill with sails so we set about creating one with old sheets and some found materials from on site. The student ambassadors worked really hard with the kids to get this completed. Using an old office chair and some bits of plastic pipe and […]

We dug a test hole to start creating a large windmill, using a drainpipe and bit of old polytunnel pole as a shaft. Designing the hub Making the crank for the winding mechanism made form old pits of plumbing pipe Creating the sails from bits of plywood and guttering The test site is nearly complete […]