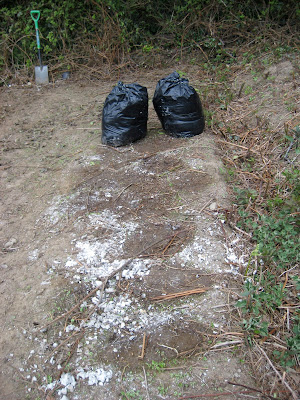 For 6 months we have not been able to move forward with digging up at ‘Flowerpots Allotments’ due to a huge pile of nasty looking heavy unidentified white stuff. After much research it was concluded that this stuff was not toxic as was first feared, and was not lime as was also suggested but most likely to be Kaolin (china clay). Curious as to why this was stored in tons in a polytunnel, some research on Wikepaedia found that kaolin in a watered down form is used as an organic treatment spray for organically grown apple trees. This is most likely what it was used for as it was stored next to all that pumping machinery that was moved earlier on. This was a huge relief as we realised it was not toxic.

However, it took two days hard slog to dig out 2 tons of wet claggy white clay that resembled a thick gluey toffee texture. It was very very messy! 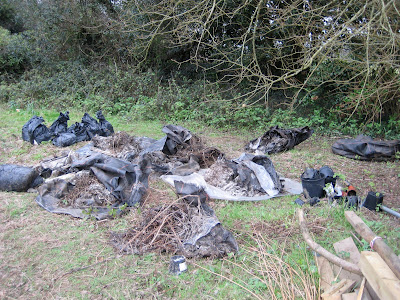 The Kaolin moved into piles for removal – the final stage 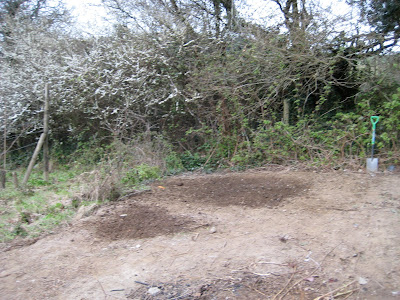 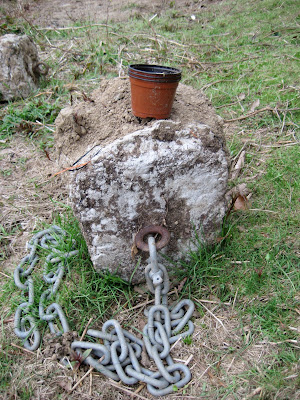 The last flower pot up at Flowerpots! That was at least 2000 moved, phew! Now for the digging 🙁
« Water Aid Sunny Delight »