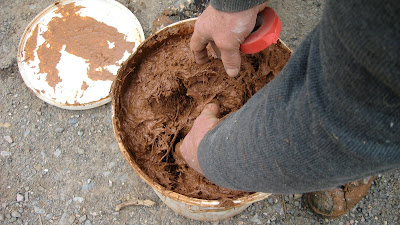 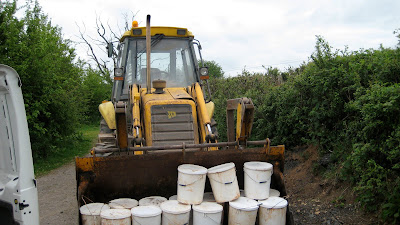 1 Ton of cob render … in convenient sized bucket … heavy though at 40kg each! 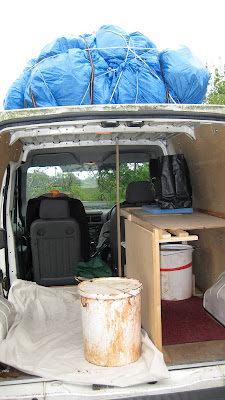 Hmmmm. will it all fit in? 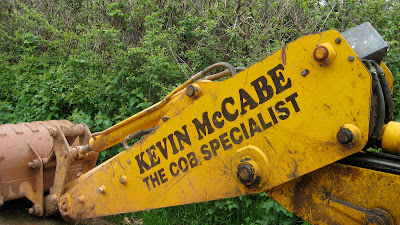 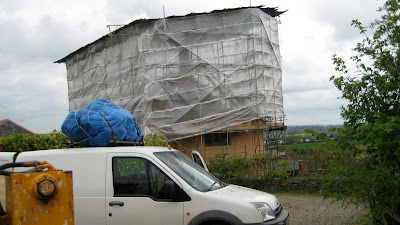 Kevin’s cob and straw house near ottery St Mary. Sadly his roof caught fire and he is repairing it before starting to build a new entirely carbon-neutral house in the adjoining piece of land. 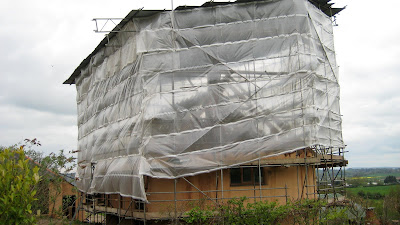 At last the time has come to start rendering the straw walls inside the build. This has been looked forward to for a long time and it is important to get it right.
After much deliberation and anxiety about getting the right ‘recipie’ and mix, a decision is taken to buy in a ready-mix cob render, as the clay tests done on site proved to be unusable.
The local supplier was unwilling to supply only the mix so we had to go out of county to ‘Red Devon’ to get what we needed. Not necessarily the greenest option but as someone was going that way with a van we seized the opportunity…..
This is sooooooo exciting!
« Hard Landscaping Tools of the trade »